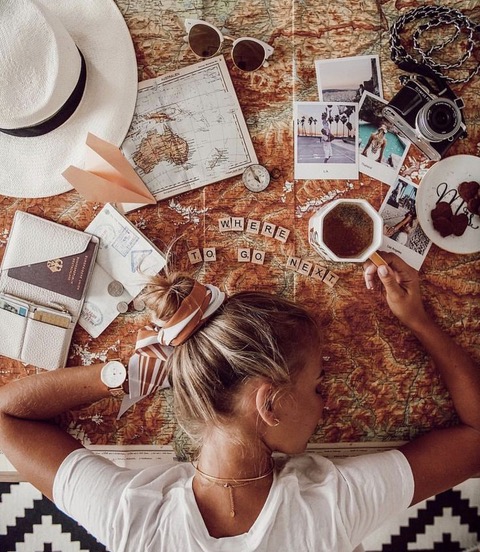 If I had a dollar for every time I had been asked this question, well, I’d probably have about 70 dollars. Anyway, the superyacht industry is something of a mystery to a lot of people as it’s unlike any other. Can you imagine an entire job sector which allows you to travel the world,  live on a multi-million dollar floating resort, exposed to the most exclusive places on the planet, meeting celebrities, and having  some of the best chefs in the world preparing your every meal… for free!? Being from Manchester, England, I definitely didn’t grow up exposed to super yachts or living near the sea. I didn’t know anyone who worked on a yacht and up until I was 22, the idea of working in the industry wasn’t even close to being on my radar.

In my childhood however, I was fortunate enough to spend vacations chartering sailing catamarans, discovering the U.S and British Virgin Islands and various spots in the Caribbean. We’d spend these trips scuba diving, sailing, fishing and exploring, and these experiences are what shaped my passion for being on the water. However, I am well aware how lucky I was to have had those holidays, and at 22, it was time to stand on my own two feet. However, how would I ever afford to be out at sea again and follow my passion?

I was just about to graduate University with a degree in Journalism combined with Creative Writing that I’d spent the previous 3 years working for, but I felt totally uninspired and had no real direction for when it was all over. My classmates were busy applying to internships at different newspapers or magazines but even though I loved writing, I just  wasn’t excited by the idea of working behind a desk, typing away all day, spending years working my way up the ladder, earning minimum wage, and counting down to the weekends and my yearly holiday. I wanted to  use my twenties to travel the world. I craved excitement and unconventionality and had this burning frustration for adventure but no idea how to manifest it.

One evening I was sat at home flicking through television programmes when Bravo Tv’s ‘Below Deck’ came on– a show centred around the crew of superyachts. I watched in curiosity as this young, attractive crew rushed around a beautiful boat in the Caribbean, serving their filthy rich and demanding guests.  The crew bantered their way through the trip to be ultimately rewarded with a giant tip and a party on a beautiful island afterwards.

At this point, I was definitely glamorising what it meant to work as a yachtie as I’m sure many people do, but I spent the following few days frantically googling and piecing together information I could find about this niche little gem of an industry I had just discovered- I was sold. I immediately booked my STCW (a compulsory safety training course for working at sea) and booked a flight to the South of France to start my job hunt. At this point I had no idea what I was in for, whether I would find a job and if I did, if my personality and abilities were right to survive the industry. I took a leap of faith and went on to quickly land my first dream job. I ended up working for 7 years on super yachts, travelling extensively, learning as I went and quickly working my way up the ladder to chief stewardess- even being cast in a Below Deck season! Oh the irony…

So that’s a basic version of how I heard about yachting. I was looking for something more and it found me and pursuing it was the best decision I ever made!

0
0
Your Cart
Your cart is empty
Continue Shopping